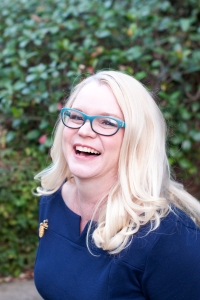 Tria Wood is a writer and educator who helps children become creative writers and conducts embedded professional development workshops for teachers through the Writers in the Schools program in Houston, Texas.

Tria Wood earned her M.A. in English from Texas A&M University and her M.Ed. in Art Education from the University of Houston. She also served for several years as Visual Arts Editor for ArtsHouston magazine. Her poetry, fiction, and reviews appear in a variety of publications such as Painted Bride Quarterly, Cheap Pop, Pithead Chapel, Bayou Magazine, Literary Mama, Sugar House Review, and A+C.

Her poetry has been featured on banners in downtown Houston since 2015. 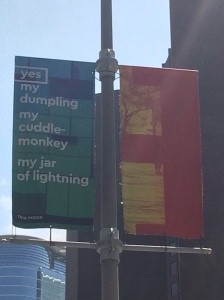 In August 2012, she was the featured poet for the first annual Emerald Isle Writing Conference in Kodiak, Alaska. She has been selected as a juried poet for the Houston Poetry Fest in 2014, 2016, and 2018, as well as being featured in several Houston area readings.

Her artwork includes a collaborative art installation, My Life as a Doll, which was exhibited at Diverseworks Artspace in Houston in 2011.